We’re well into the Summer season now, so much so that Autumn is just over the horizon. But Autumn 2009 isn’t really looking all that appetising to me right now, so let’s cross that bridge when we come to it. Or not cross it at all, as the case may be.

The next few posts will really just be a sum-up of what I’ve been watching recently, but not regularly blogging about.

I’ll admit that I have a bit of a soft spot for SHAFT. They make some of my favourite anime (Hidamari Sketch and Pani Poni Dash! to name but two), and I think that their particular style of presentation is more striking than that of other studios. It doesn’t necessarily mean their animation is better, but I like the mood that their fast-paced meta-slideshows create. Now, the studio’s applied their style to Nisioisin’s Bakemonogatari. And God almighty have they cranked up the quality. 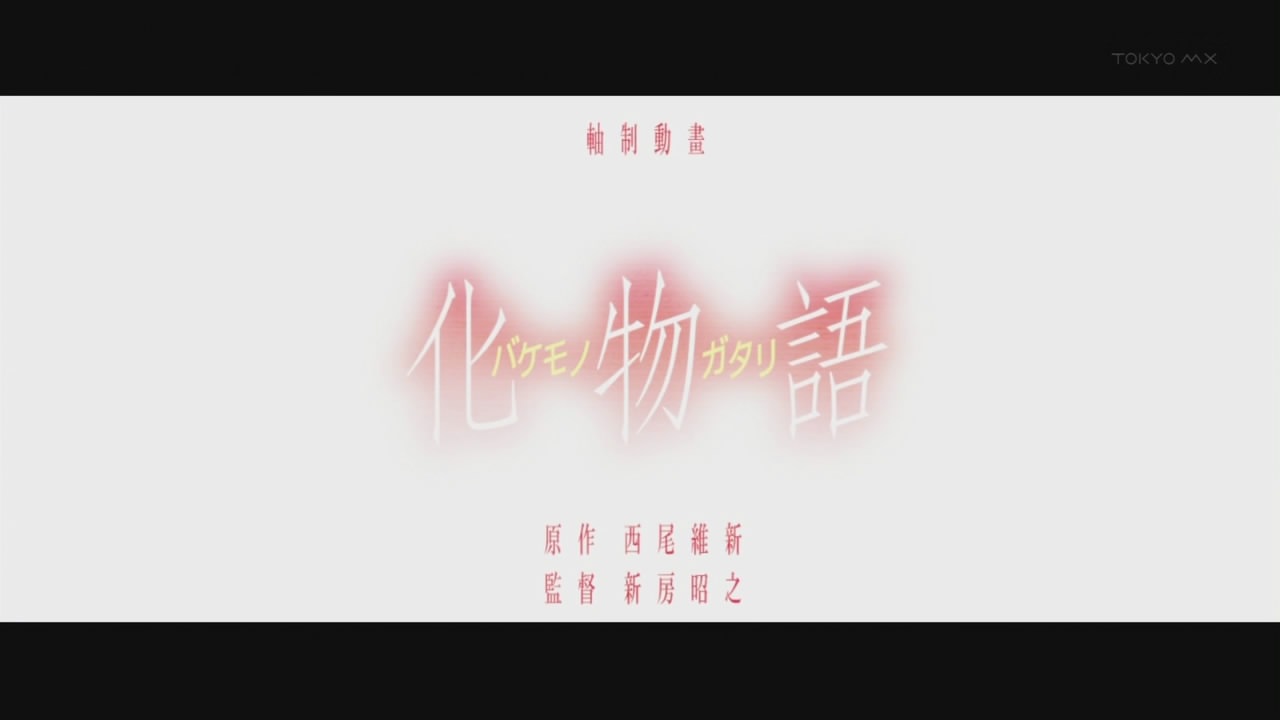 Bakemonogatari (roughly translating to Ghostory, keeping the portmanteau basically intact) is a supernatural story, which centres around Koyomi Araragi and his encounters with girls who seem to be afflicted with strange problems. Being the upstanding man that he is, Araragi gets involved somehow or another.

From just watching the first part of the first episode, you would be forgiven for thinking that this is an all-action melee with blood, gore and all that wholesome stuff. From our stylish flashback, we’re taken back down to earth. From the first two story arcs, Hitagi Crab and Mayoi Snail, we can see that the series is content in letting the characters talk, develop and bond, while not letting too much action get the better of this process.

Hitagi Senjougahara, the focus of the first story arc, is such an example of this development. First, slip in some anecdotal evidence about her character, then blow it away with an explosive first meeting with Araragi, on the more extreme end of tsuntsun. Then, throughout the arc, expand her character and slowly turn up the deredere. What you get is a character created from an overused archetype, but with much more depth than many of her fellow tsunderes.

Oh, and Senjougahara Fascination. I can’t explain it, really. You just need to watch and understand. 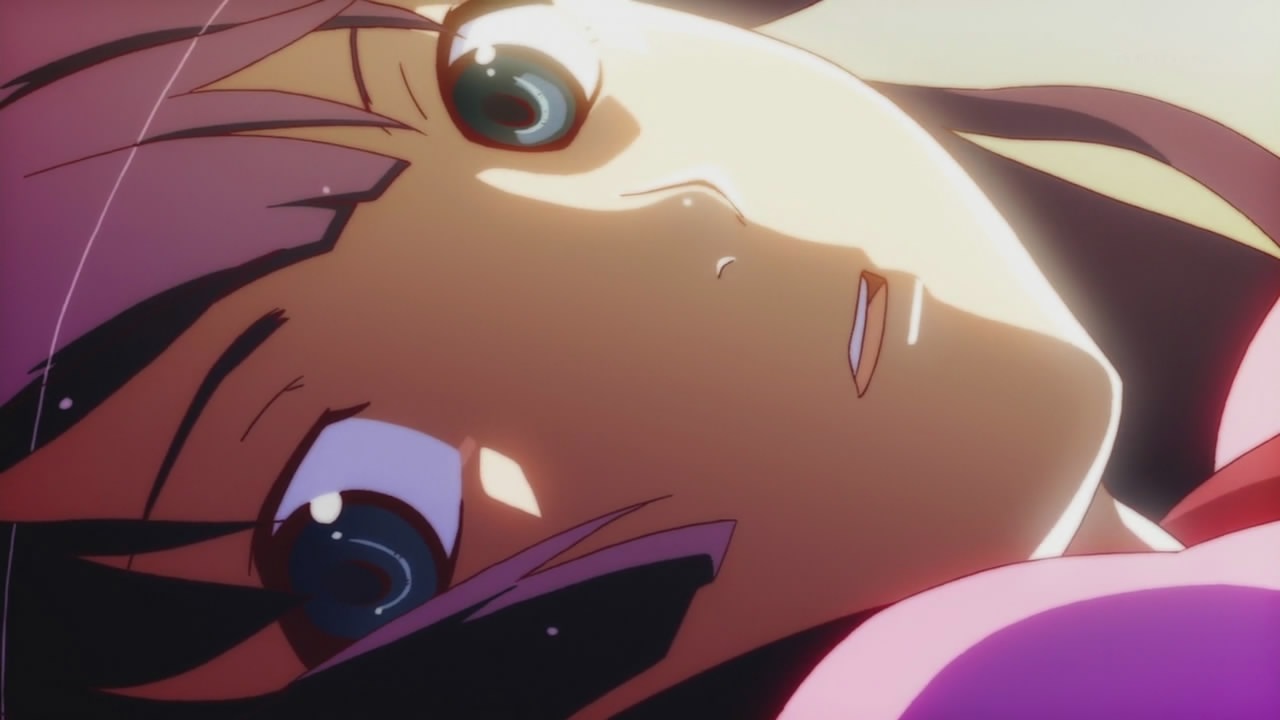 The show itself uses many aspects of wordplay, like the crab taking Senjougahara’s omoi, or weight. Which can also be said as feelings. It makes the show seem somewhat intellectual (but doesn’t necessarily make it that way), but it certainly requires concentration for those of us who don’t know Japanese homophones off-hand. The literary angle gives the show an edge that makes it much more interesting to watch, if you’re in to that kind of thing.

Which I suppose will be true of the whole series. Watch it if you’re into that kind of thing. It looks like it’ll be treading down a semi-slice of life path for some of its story arcs too - Mayoi Snail is basically one episode of walking and two episodes of conversation in an abandoned park.

For me, the SHAFTiness of the animation and Nisioisin’s story and characters dripping with personality come together in a great way to make a very watchable anime.