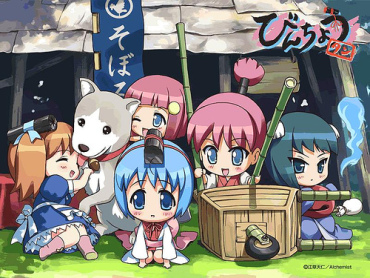 Hello again, and welcome to this year’s Reverse Thieves’ Secret Santa project post. For those unaware of this, it’s a sort of take a recommendation, leave a recommendation system where a stranger will drop in and give you a choice of three shows to watch, while you do the same for your unwitting recipient. Last year, I was tasked with watching Shigofumi.

This year, I was recommended Binchou-tan, To Heart and Darker Than Black. First of all, big thank you to my Santa. These are three shows I really did want to watch after reading their descriptions. Unfortunately, time constraints lead me to only be able to watch one show, but I will certainly be getting around to the others at a later stage. The show I’ll be reviewing is Binchou-tan.

It’s hard not to be enamoured by Binchou-tan on first watch. The series starts by showing us a gorgeous setting - a run-down old house in the middle of a leafy green forest. The noises, the insects buzzing around, the shadows on the forest floor, they all contribute to creating a wonderful scene. Then we’re introduced to Binchou, our title character. 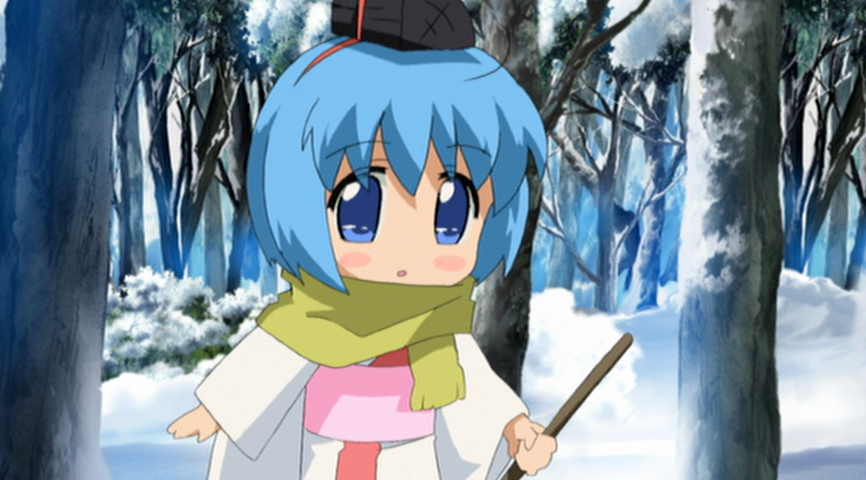 Suddenly, moe. Moe everywhere. Moe up the wazoo. Binchou, as a character, is moe incarnate. She’s small, her sash bow is tied with one side larger than the rest, and the sound of her exhales could warm the cockles of even the greatest miser. She even wears a bloody bit of charcoal on her head, just to hammer home the point. There isn’t even any need for verbal communication in the first episode because of this (just let the moe wash over you), though the atmosphere is still spoiled by the obnoxious narrator.

Oh man, that narrator. In most cases, she exists only to be Captain Exposition, as the writers said what they could have acted out for greater effect. In another strange case, she succinctly explains how Kunugi just loves getting up in the morning. Then Kunugi gets up, and we can quite clearly see how she enjoys it. It’s very easy to infer what the narration just told us, and it would leave a more lasting impact if they showed us her enjoyment rather than telling us outright.

Not having a long running plot, slice of life shows absolutely rely on their characters to support the show. Don’t like the characters? Then God help you in trying to watch that show. Binchou-tan’s characters are warm and likable, but suffer from being very one dimensional. Each character could be summed up in one or two bullet points at most, and the opening does a good job of exemplifying this - much of the actual content of the series happens in the opening. Not only are the characters overly simple, but the interactions between the characters are similarly limited, to the point that when two characters are about to talk to each other, you can be fairly sure what it’ll be about. 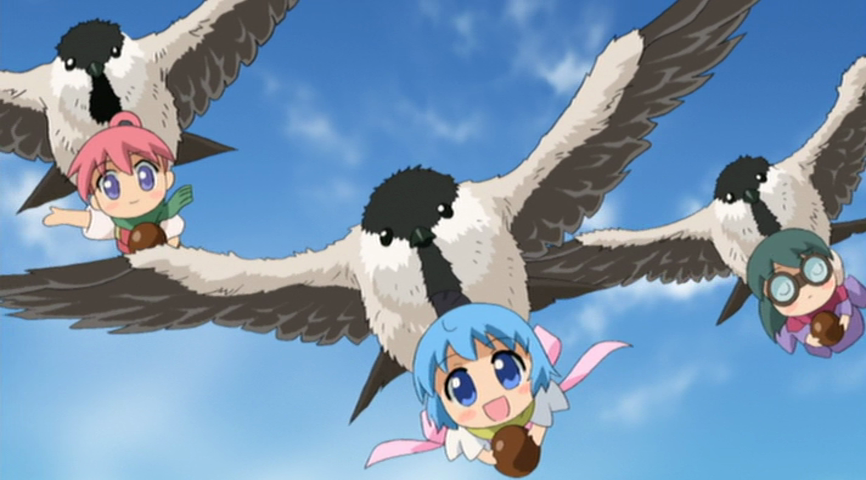 This isn’t to completely rubbish Binchou-tan as a series. It has some nice elements that make it a decent healing-type slice of life, like the feeling of flight achieved by the bird bus stop, the idea of ‘leaving a mark’ which is so often used in slice of life shows, the daily life of Binchou as she finds odd jobs to do and so on. It’s just that other shows have used the same ideas and capitalised on them to a greater extent, and doing it with much better animation. I’m thinking of shows like Aria and Sketchbook ~full colours~ here. It’s certainly worth a watch though, as it’s good at doing what it does - being a nice and relaxing stroll through daily life.

I hope everyone reading has a very merry Christmas and a happy new year! See you soon!

Binchou-tan is available on fansub from the usual outlets.