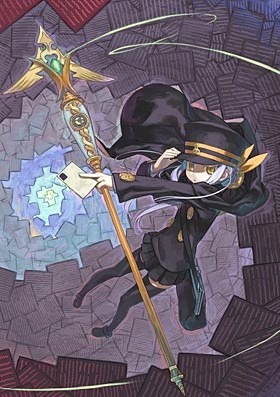 So you may or may not have heard about the Reverse Thieves’ festive anime Secret Santa project, dependent on how active you are in the anime blogosphere. You’re given a random blogger’s personal anime tastes (usually via a rated anime list of sorts) and need to suggest three new shows for them to watch, while the same happens for you. It’s a fantastic idea, as it removes the painful part of finding existing anime to watch. A curt 50 word description often isn’t enough to decide if a show will be worth it, so why not leave the decision to someone who has (hopefully) already seen it and is assured of its quality. Or terribleness. Either way, its entertainment.

I really lucked out with my choices, as they mostly weren’t series I had on the backlog, but were still interesting after reading their descriptions. I’ve had the time to watch my first choice, Manabi Straight, a gorgeously stylish show that’s moe for moe’s sake, with the best opening titles of an anime I’ve seen in a while. Unfortunately, I haven’t had time to watch my second choice, Full Metal Panic: The Second Raid, but it’s a credit to my Santa that he/she read my taste incredibly well. The focus of this review is my third choice, Shigofumi: Letters From The Departed. It’s relatively recent, having aired during the Winter 2007-08 season, but had still completely passed me by.

The basic premise of the series follows our protagonist Fumika, as she and her lippy but earnest magical staff Kanaka travel around the city delivering shigofumi, letters from the dead sent to the living as a last testament of sorts. Just from hearing that alone, the show has a lot of scope in what it can do, but is essentially relegated to an X-of-the-week format, where this time X equals “letter from dead person”. The only common factor you can really develop over the course of a 12 episode series is the main character herself, so her story sure as hell better be good.

The show does manage to overcome the repetition of the X-of-the-week format - each letter is too engrossing and the show mixes up the “get letter, transport letter, deliver letter, end credits” format throughout the series. Fumika’s story I believe is a different matter.

The first few episodes are extremely promising. The first story involves Shouta, his quest to build a rocket and Asuna, a girl he befriends while doing so. Needless to say, Asuna’s closet has many skeletons, and the episodes descend further into tragedy with every passing minute. We find she’s been “helping” her father produce child porn, who then wants to bring her little sister into the picture. The show certainly doesn’t shy away from showcasing the dredges of human society, and is all the more watchable for it, though it does bash the viewer with tragedy so much it manages to lose its meaning sometimes. Fumika’s take on events is fairly refreshing in that she sees the world through ruthlessly unclouded, emotionless eyes. 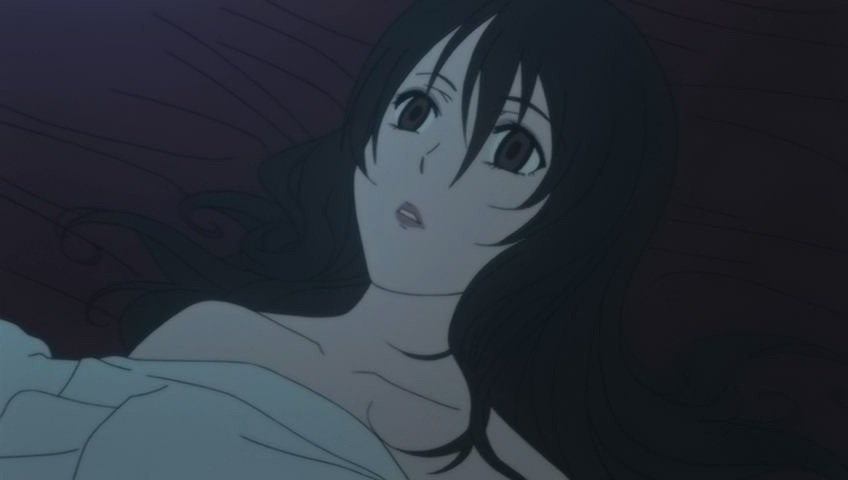 The strength of this show really lies in the first half of the series. How many of us have absentmindedly thought on a train platform or on a high ledge, “if I jumped here I would die”. I’m sure it’s not just me, yet it’s such a taboo conversation. Perfect for Shigofumi to delve right in to, then. On top of that, we discuss what actually makes a friend. Is chatting over lunch every day the bar, or is it set higher? The fact that this episode made me think of all of those things and more, as well as keeping the suspense going, makes it very special in my view.

We’re soon introduced to the other delivery person/magical staff combo. It would have been very easy for this shows’ characters to slip into stereotypes (let’s conveniently forget Fumika is a standard issue kuudere for now), but Chiaki manages to be an antidote to Fumika, while not compromising her own character. Kana Ueda’s performance as Fumika was very good indeed, despite her Fumika being lower than her other roles (notably Saki Miyanaga in Saki, Yumi Fukuzawa in Maria Watches Over Us, Hayate Yagami in Magical Girl Lyrical Nanoha A’s). Her voice has more than enough flexibility to voice a multi-faceted (literally) character such as Fumika, going from quiet and powerful to fragile and emotional in later episodes. 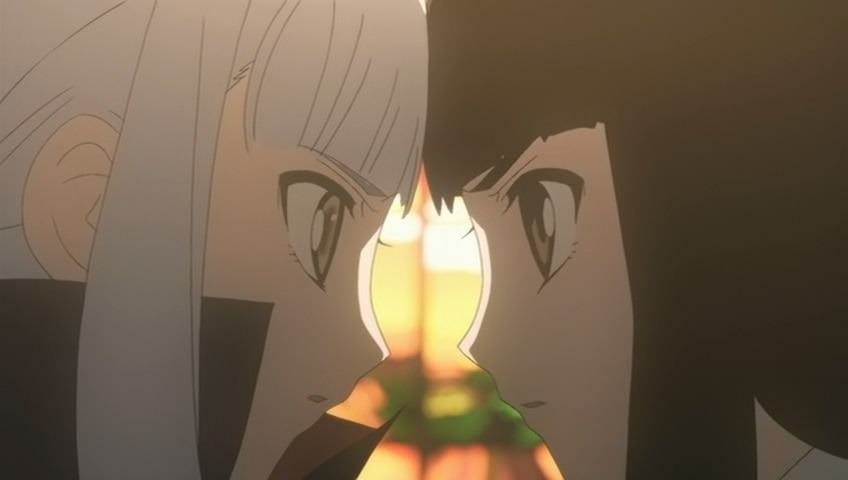 We also have the matter of Fumika’s back story to deal with. And honestly, this is the downfall of the show. Fumika’s time as a child is as heartrending as the rest of the show, where she develops multiple personality disorder in reaction to abuse at the hands of her father. The resolution of these issues in the last few episodes however, is clumsy, strange, and frankly, unintelligible. Furthermore, the pacing for these revelations was rubbish. Explanations were wheeled out in the final episode, there was a confession between Fumika’s friends in the final episode that came from some minor development weeks previously and everything felt rushed at the end.

Perhaps J.C. Staff knew this, as the DVD-only episode 13 managed to get back to the form of earlier episodes, what with its tense moments and difficult-to-watch, but gripping bullying scenes.

The opening song for Shigofumi is sung by Ali Project, who I hate with a passion. I think their vocal style and timing is strange, and I can’t really understand why they’re as popular as they are. The OST is generally weak, not leaving much lingering impression during the show. Hikaru Nanase, who produced the soundtrack, is much better in his later work for Canaan, whose soundtrack I remember as being one of the few good things about that series. The ending song, “Chain” by Snow*, is lovely though, with its gorgeous violin accompaniment and excellent vocals.

So to sum up, Shigofumi is a very thought-provoking show, giving many insights both on death, and on the way we act during life. It manages to both depress with its numerous tragic moments, and yet give hope. Despite this, it really loses its way in the second half when it gets down to the plot of its central characters. At its heart it’s still a great anime, and I would heartily recommend it, but it could have been told in a much clearer way.

Finally, since it’s Christmas Eve, I’d like to wish everyone a very happy Christmas and a merry new year. Have a good one, peeps!

Shigofumi: Letters From The Departed has been released on DVD in North America by Sentai Filmworks. It is also streaming in North America via The Anime Network. For everyone else, fansubs are available from the usual outlets.