I’m sure we all have a few guilty pleasures when it comes to anime. After all, weirdness comes with the territory. Well, here’s mine - it’s a show about finding out all about what you want to be, it’s positive and it’s got some really cool characters.

OK, OK, it’s a magical girl show aimed at girls over ten years younger than me. But that doesn’t matter. It’s awesome. 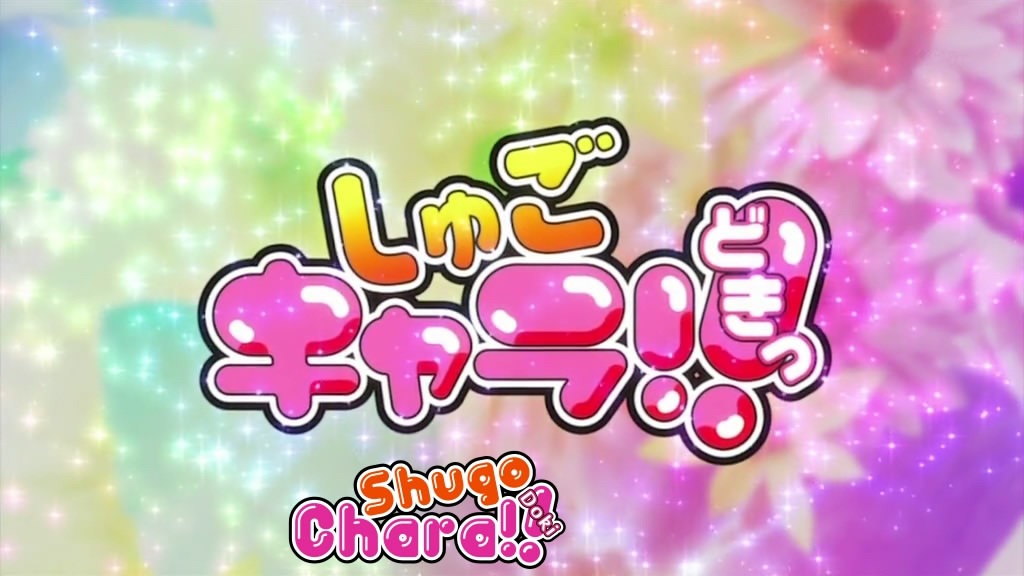 Shugo Chara! is all about Amu Hinamori, a school pupil who is known for being “cool and spicy” (best Engrish ever) and having a very cold outward appearance, but deep down she is just a girl who wants to be loved.

So one day, she wishes to be true to herself more. Ergo, she receives three eggs. Bear with me here. These are the eggs of her shugo charas (guardian characters), who are the embodiment of who she really wants to be. It turns out that everyone has a “heart’s egg”, but they rarely hatch, and when they do, it’s usually only one. But our Amu has three. She’s severely indecisive. Meanwhile, turns out that evil organisation X are trying to steal powerful artefact Y, and our heroine has to stop them.

This is where the magical girl (and boy, oddly enough) stuff starts. She can character transform using the power of any of her shugo charas. 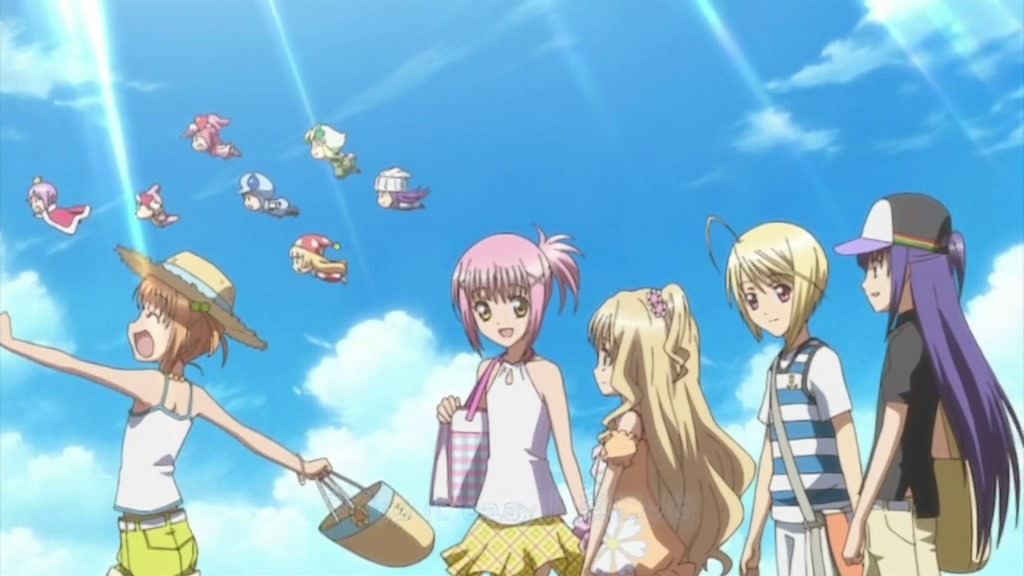 I was initially attracted to picking up this show based on the fact the original version is a manga series by Peach Pit, who also authored Rozen Maiden. Plus the fact I have a soft spot for magical girl shows. Lord knows why. Anyway, I started watching, and just couldn’t stop, even through the obvious filler material. It’s shoujo through and through, but it never takes itself too seriously. It likes to play around with some of the more commonly used scenarios in shoujo anime, but it also deals with its fair share of relatively heavy stories.

Take Rima, for instance, who is caught up in the middle of her parents messy divorce, or Nadeshiko, who is a traditional Japanese dancer who lived out the majority of his youth acting as a girl without telling anyone. Including the viewers. 100 episodes later, and it’s still only Rima and Tadase that know the secret. It’s a trap - in a show for little kids!

Much of the attraction to Shugo Chara! for me is Amu herself. Her true character is really endearing - she certainly isn’t the perfect shoujo heroine. Far from it, in fact. But it’s this that maker her a great character. Noting how much she has changed in the last 100 episodes also makes me like her even more. 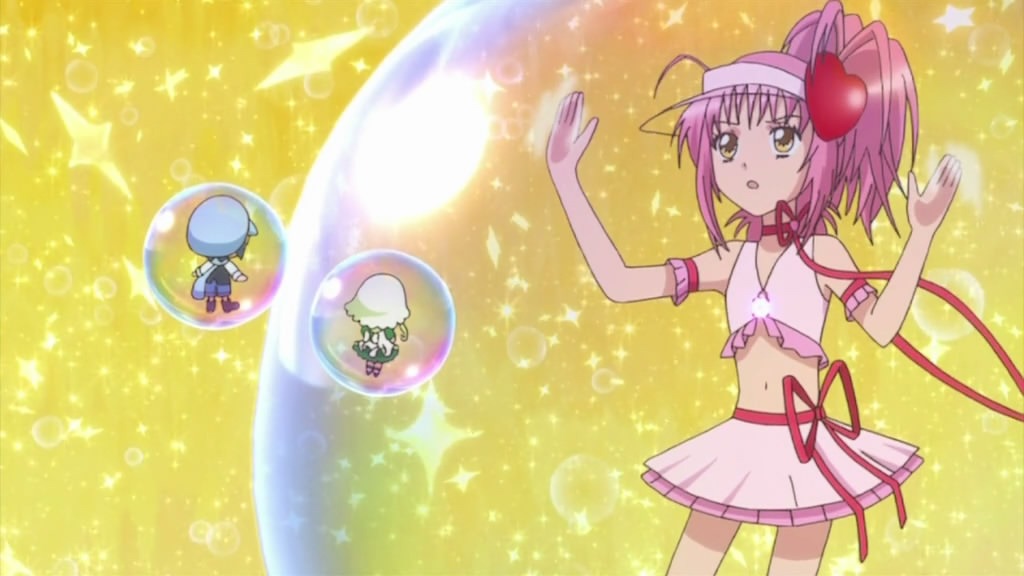 If it wasn’t enough that the show was good, then just wait until you hear the opening and ending music. The majority of the tracks used as OPs and EDs are from a band called Buono!, a three-piece girl group aimed at the same audience as the show itself. Their music rates as some of the cheesiest music I’ve ever heard, but their riffs are just so catchy. Every piece of music from the OP/ED collection of this show is awesome.

For those wanting to dip in to some Shugo, I must warn you. Make sure you don’t have anything else important to do. Two days of my life were spent catching up on this, and that was before the second season. The first season, simply called Shugo Chara!, lasted 51 episodes, and the second season, Shugo Chara!! Doki (which is very near its conclusion), will also last 51 episodes, which will be numbered as 52-102. A third season has been confirmed, and will also have some live action elements. Not sure if want.

If you don’t mind streaming your anime, or you want to do things legally, you can catch right the way up to today on Crunchyroll. If you’d prefer to download the fansubs, or the series isn’t licensed for your area on CR, Formula subbed 1-37, chibi subbed 38-57, and Kirakira have been using CR’s translations on HD raws for 58 onwards. Finding the videos are left as an exercise for the reader.

You won’t regret it. Probably.